Maister started writing at an early age. In Kranj, he edited and published the handwritten magazine Inter nos, and in Ljubljana he edited the Večernica magazine. He contributed to the Vrtec and Vesna magazines, and later also to the Ljubljanski zvon magazine and the Slovenski narod newspaper. Along with Cankar, Murn and Kette, he became a corresponding member of the literary society Zadruga while still a student. He was a typical poetic voice of his time. He utilised the tradition of the Slovenian folk song, while the influence of representatives of concurrent Slovenian modernism is noticeable in his confessional lyric poetry and lyric love poetry. He published two collections of poems: Poezije (1904) and Kitica mojih (1929) – Maister’s legacy – NUK, MMK. The first is marked by youthful feelings of love and folk motifs, and in the narrative ballads and love poems the influence of Aškerc is quite obvious. He compiled the second collection to resonate as an echo of current social events: the opening poems depict images of war violence. Deeply felt lyric poetry that describes the beauty of Slovenian landscapes, especially in the cycle Slovenske gorice, which is the product of his holidays in Zavrh, is accompanied by patriotic poems of national awakening: they are a reflection of Maister’s genuine patriotism at the politically watershed time of the inception a new Slovenian society. 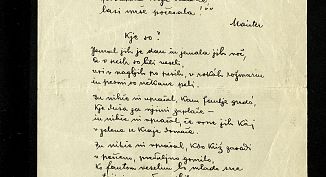 Manuscript of the song Kje so; kept by the NUK. 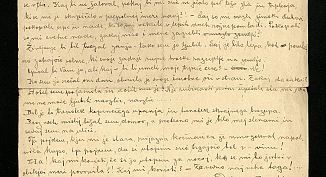 Manuscript of Maister's sketch Mors ruit for Zadruga, Vienna, 7.1.1893; kept by the NUK. 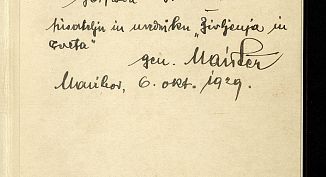 Book dedication to Božidar Borko in Kitica mojih, 6.9.1929; kept by the NUK.
Skip to content